Thailand – the Land of Smiles – as their tourist authority would have it! Not just smiles, but excellent beaches, cold beer and fantastic food, but that’s just my opinion!  I’ve been taking  trips to Thailand and Bangkok holidays since the late 1980’s.

Thailand is a huge country, and Asia’s most popular with tourists, welcoming around 18 million a year. Although Bangkok is well worth a stop-over, and is the first destination for many flying long-haul from Europe and North America, many other tourists will fly direct to Phuket in the south.

The Good – The Beaches

The country’s odd shape means that it has an outrageous amount of coast line, and then there are the islands. Because of the geography and its location in the tropics, Thailand has beaches to die for. You want surf? They have surf? You want gentle, calm seas, they have that too. Diving and snorkeling, check. Fishing – yes. Just lying on the beach with a cocktail while maybe having a massage – oh yes.

The Good – The Thais

Thai’s are predominantly Buddhist who extend a welcoming and laid back welcome to most tourists. Although the country is conservative particularly in dress and social mores – this is lost on many tourists as the Thais are too polite to point out that its offensive to wander the streets topless (men) or in skimpy shorts and bikini tops (women).

Thai, is I am sure a beautiful language. Unfortunately for English speakers its non-English alphabet and tonal character make it difficult to learn. If the sign is not in English its extremely difficult to recognise a street name or even a town’s name.

Its a real shame that Thailand doesn’t invest more of the tourist dollars in basic infrastructure. Ko Samui, particularly, suffers from very poor plumbing, drainage, road and electrical infrastructure. Its not that obvious – the beaches are scrupulously kept clean (the locals understand good business) – but the regular flooding isn’t a result of massive climate change. Its a result of massive local deforestation and the small local culverts not being able to manage the annual monsoonal downpours.

At other times you will find the narrow (or non-existent) footpaths, steep, narrow, steps and awkward road crossings hard work if you or a companion has poor mobility or you are pushing a large stroller. Wheelchair access appears to be a concept that has not yet made it to Thailand.

Hardly unique to Thailand but there is no consumer protection – caveat empor. If a friendly foreigner gives you a scratchy card and you have won US$10k or a nice laptop – its a scam – its 90 minutes of hard sell for a timeshare in exchange for a week’s holiday that you will have to book a year in advance – you may think that’s a good deal or not.

Don’t believe any taxi or tuk-tuk driver that tells you that where you want to go to is closed/burnt down/moved. It isn’t they just want to take you to shop or hotel of their choosing ie where they will get a commission.

The well-dressed local who approaches you and engages you in conversation for no particular reason may be offering you anything from over-priced meal and show, a gambling scam or fake gem stones. A lot of these con artists rely on tourists inability to be firm or rude. Just say no and walk away, ignore calls after you.

If you’ve just arrived in town, got of the bus/boat/plane – ignore all “helpful” people who want to show you where to go. Have some idea of where you are going and ask an official (or someone who obviously works there) if you need assistance.

There are plenty of drugs available in any tourist nightspot. You’re an idiot if you get involved though – not sure why – well google “bangkok main prison” – and no being a tourist will not stop you being locked up in Thailand, under local laws and in local conditions. Your government won’t want to know. Just saying.

Getting totally smashed and off your face with booze – bad things can happen to you, whether you are home or in Thailand.

The headlines when I was on Ko Samui recently: “German shoots himself accidentally while trying to force Thai girlfriend to marry him” – seriously I’m not making this up! Yes the shall we say shallow end of the gene pool appear to be somewhat disproportionately represented in parts of Thailand.

Yes there is a big sex industry in Thailand. Its what got Thailand started into mass tourism in fact – Bangkok was a big R&R base for American and other nationalities serving in the Vietnam War.

Are the go-go bars legal yes? Except when they employ under-aged children, or women who have been virtually sold into slavery because they are illegal immigrants (often from Burma).

As an adult women I find the sort of man who has to travel internationally and pay for sex as mostly harmless but pretty pathetic. I’ve heard though from families travelling with young girls, who were not happy about the suggestive looks  their 12-year-old girl was getting in the streets.

The good news is that the worst of the sex trade is easily avoided by not going to certain areas of Bangkok, Pattaya and Patong, Phuket.

Bangkok has connections from pretty much anywhere in the world. Its about equidistant in flying time from Europe and east coast Australia/New Zealand – at around 14 hours for each leg. North American visitors will probably connect via Hong Kong, Korea or Japan.

If you are flying from Australia or New Zealand and your destination is Koh Samui or further south, then consider flying into Phuket or Krabi direct or via Malaysia or Singapore. For something a bit different you can even take a boat from Langkawi (Malaysia) to Ko Lipe (Thailand).

Although Thailand is large (Phuket is about an hour’s flying time or 20 hours on a bus south of Bangkok, Chiang Mai is 12 hours on a train north of Bangkok), its incredibly well connected and the transport system is not just the best in Asia, its a lot better than many western countries too.

Flights: Flying is comparatively cheap, with several competiting airlines, and deals to be had for advance bookings.

Train: The train doesn’t go everywhere, but the main lines are well run, and cost effective with choices which range from third class, hard wooden seats, all the way up to private sleepers, for less than you’d pay in most countries. The main lines connect Bangkok to the Chiang Mai in the north, and Singapore (via Kuala Lumpur) in the far, far south. There is also an eastern line which terminates at Nong Kai – on the Thai side of the Mekong River from Vientiane (Laos).

Bus: Buses go everywhere. They range from super-luxurious sleeper buses, to dirt cheap, all-stopping local ones. You pretty much get what you pay for, but they are usually cheaper than the train, and less comfortable.

Boats: Ferries (slower, larger, cheaper, safer) and speed boats (fun, fast, wet, scary, more expensive) link many of the popular islands. Often they are the only way to get to the islands, and they many only run seasonally.

Tourist Mini-Vans: Somehow many Thai travel agents have convinced Western backpackers that the buses are “difficult”. So instead of paying the same price as local and transferring to the city bus station, they will run tourist mini-vans on popular routes. At best these are over-priced and very cramped (try fitting 12 large foreigners plus luggage in one average sized mini-van). At worst they are blatant ripp-offs who will over-charge you for extras and try to get you to stay at their commissionable hotels. Avoid – particularly those that run the Bangkok-Siem Reap (Cambodia) route.

I’m not pretending this is a comprehensive guide to Thailand. Initially I focussing on some of the most popular  Thai beaches:

I’ve travelled a lot more widely than that – so keep an eye out as I add content which includes the less visited areas of eastern and northern Thailand. 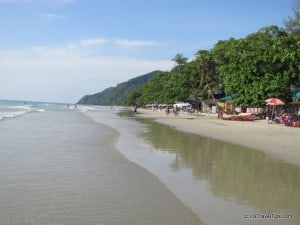 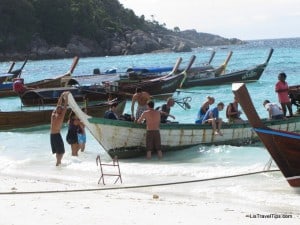 How To Get to Koh Lipe 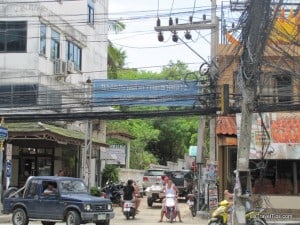 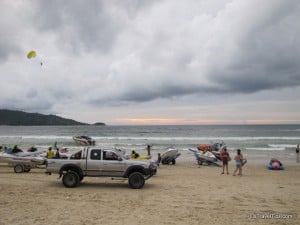 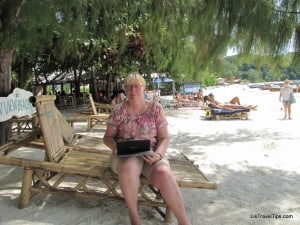 Koh Lipe Beach – Working on the beach NOT 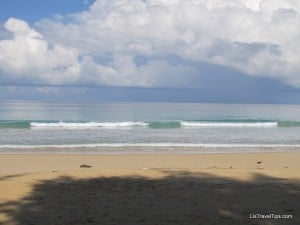 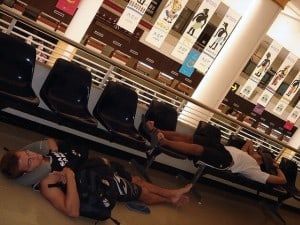 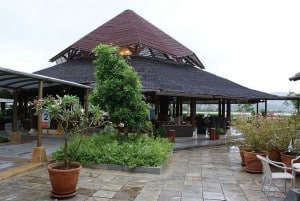 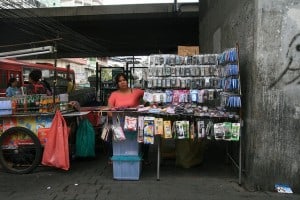