My Vietnamese visa issued on arrival at SGN

Short answer - yes you need a Vietnamese visa if you travel on a New Zealand passport. (If you are a dual citizen of the UK or some European countries - you can  fly in (not  a land crossing) for 15 days without a visa).

Before you start  though - when does your passport expire? You'll need your NZ passport to be valid for 6 months AFTER the date you plan to leave Vietnam. Thank goodness we are back to 10 year passports! So step one, if you need to, renew your passport! Unlike other countries (looking at you the UK), the NZ passport office is fast and efficient and you'll get a new passport within about 10 days.

Having sorted that out, and assuming you know how long you want to stay and whether you need a multiple entry visa (e.g. if you are doing a side trip to Cambodia but returning to Vietnam).

Note -rules for cruise ship passengers are a little different - see your cruise line for details.

How To Get a Visa for Vietnam

There are three ways  for a kiwi to get a Vietnamese visa:

If you are travelling overland to Vietnam then you can't use a VOA letter - you'll either have to get a visa along the way (cheaper) or from the Embassy in  Wellington before you leave.

Getting a Visa From the Vietnamese Embassy, Wellington

The Vietnamese  Embassy is centrally located in Gilmer Terrace, just off  Lambton Quay. That's the good news.  The bad news is that you will have to drop your passport off, plus the form (which is currently not downloadable from the website) and your photos, plus your fee, and then return several days later to pick up the visa. Or you can mail your passport to them - and pay for the return courier fee. And how much will this cost? Well that's a bit of a secret - though when I asked it was  NZ$120 without haggling. Yup seriously worldwide the price of visas vary a lot depending on how much the local embassy thinks the locals will pay.

Are you flying into Vietnam?

There are now plenty of ways to fly to Vietnam - we flew with Jetstar via Australia, but Air New Zealand now flys direct to HCM City and indirectly via China. Vietnam also has long land boarders with Cambodia, Laos and China-  all of which allow foreigners to cross-overland.

If you are flying in (doesn't matter how you are leaving) then you have a better option for getting a visa for  Vietnam: 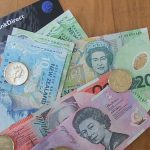 UPDATED August 2019  Often living in a small country at the end of the world is advantageous. But  not when you are looking for a great deal on cards to use when travelling.  Americans and Europeans have heaps of options for cash-back, point-hacks etc etc. New Zealand not so much. Until very, very recently we…
Read More → 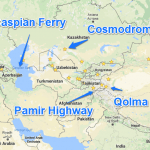 UPDATE  Well our Silk Road trip is over – 8 days after landing in Shanghai – we were landed in an emergency room of a hospital in Lanzhou – a city I never planed to overnight in… When your partner collapses on a bus to Xiahe you learn some stuff. I didn’t panic – a…
Read More → 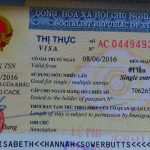 My Vietnamese visa issued on arrival at SGN Short answer – yes you need a Vietnamese visa if you travel on a New Zealand passport. (If you are a dual citizen of the UK or some European countries – you can  fly in (not  a land crossing) for 15 days without a visa). First Things…
Read More →
Posted in Vietnam Travel and tagged vietnam visa